The Second Noble Truth of the Waffle House Shooting

There is an ocean of lists in Buddhism, but they all flow back to this first, foundational insight- the Four Noble Truths.

The Four Noble Truths are:

Yes, it’s true. The end of the first leads to….another list!  But for now, let’s focus on this one.

The Suffering of Illusion

While the murder of four people at the Waffle House in Nashville certainly reflects a great deal of suffering, it’s the second truth that is the most revealed.  We suffer because we cling to what will not last or is not real. Or, as a teacher I dearly love said a dharma lesson recently, “The second truth is when you insist on seeing something as you want it to be, instead of how it is.”  In a word – illusion.

Travis Reinking, the young man who entered a Waffle House in the wee hours of the morning and took four lives, by any account suffers from severe and persistent mental illness. There’s a well-documented list of delusional and dangerous behavior. His guns had been confiscated more than once. How, then, did he get the weapon he used to gun down strangers?  His father gave them back to him.

Why would a parent with a clearly troubled son repeatedly return deadly weapons to him? At first look it makes absolutely no sense. Life doesn’t happen at first look.  It happens in the hearts and minds of human beings. Human beings who cling to what is not real.  Why? Because love. Because denial. Because heartbreak. Because exhaustion. Because fear.   “He’s okay, now. He was just having a hard time. Everything’s going to be alright.”

There’s a lot of judgement and anger focused on Travis Reinking’s mom and dad right now but who hasn’t retreated to the story in their head when a fearful, powerless reality is knocking on the door?  What parent doesn’t stare at the door when hours go by without a text and tell themselves over and over, “Everything’s okay. He probably lost his phone.  She’s just focused on her friends. It’s nothing.” Most of the time they are right. Sometimes they are not.  Is that the same as giving a mentally ill person an AR-15?  No. Not in any way. What is the same is the place it comes from – the need for any story that’s better than sitting with the dread or fear. We don’t have to approve or understand the Reinking’s thinking or actions. They were clearly and terribly in error. We do have to admit we’ve been there at some level, too.

The first time a parent’s illusion broke my heart was when I read an article about Adam Lanza’s mother.  Another young man with mental illness who should not have been anywhere near a weapon, Adam Lanza lived in a house with access to many guns.  I read a number of articles about Mrs. Lanza’s isolating, frustrating journey through her son’s illness and a mental health care system that couldn’t seem to help.  The thing that stood out was an interview from a friend of the family who said Nancy Lanza loved taking her son to the shooting range because that was the only time he seemed happy; the only real connection they shared.

It’s easy – now – to say “Why would you put a gun in that kid’s hands?”  Put your heart in the body of a parent whose only ability to connect with her own child is to take him to a firing range. It’s the only smile he has. It’s the only light in his wide, troubled eyes. It’s the only hope. It’s false hope, but it’s hope. Nancy Lanza died without knowing that false hope she clung to would create unimaginable suffering for so many. The Reinkings now walk in their reality every moment of the day.

According to a “5 Things to Know” article, Travis Reinking’s mom believed in guns, God, and home school. One of her last facebook posts was a meme about how saying the pledge of allegiance and reading the bible in school kept school shootings from happening.  It’s not hard to imagine with how much of her heart she wanted to believe that having a “good Christian home” would protect them from the heartbreak of a son suffering from delusions and behavior problems. It was false hope, but it was hope. His illness could not be “prayed away.”

The Way to Stop Suffering

We need to stop screaming and meme-ing at each other, and start with a commitment to compassion. We don’t have to agree with anyone to feel their human value in our heart. When we see each other with equal value we can let go of the need to be right (or someone else to be wrong) and we can communicate.  We can come together.

Together we can forge a compass based on what’s real, not what’s comfortable or easy. Together we work on ways to dismantle both the mystique and illusion surrounding guns, mental health intervention, and people in crisis. Together we can stop laying piles of blame and accusation at each news update. We can keep each tragedy from instantly becoming a way to ‘prove a point about…’ and learn to mourn together.

Mourning is real. Mourning is the end where we begin. There are lives lost. There are people hurting.  There is much mourning to do.

We should not cling to the past or the illusion this kind of shooting is never going to happen again. We can only reduce our suffering by acknowledging it will happen again and it could happen to anyone. Only then, will we find the heart to make a change in our world. 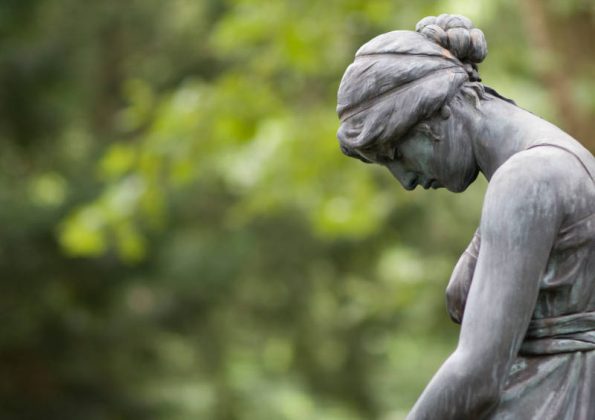