“What is the problem?”  I hear that. You hear that. We read it in the comment section – an area where problematic people define the problem with other people by becoming a problem. We ask it, late at night when the only clarity the chaos of the world gives us is the assurance it is a mystery.  A million writers chained to a million keyboards fail to come up with the works of Shakespeare but clack out a million blog posts all saying essentially the same thing, and still we are nowhere close to an answer.

This week, as a group of Neo-Nazis and KKK members marched their hate through the streets of Charlottesville, Virginia they encountered a violent opposition, an overwhelmed police force, a group of counter protestors caught in the fray, and a horde of news media.  That created a feeding frenzy for the problem.  But, what IS the problem?

The message relies on the messenger. Depending on your source or lens the problem is:

Full disclosure:  In reflection of this tragedy, I do believe there is only one side.

So now that I’ve used lots of words, what’s the problem?

The problem is we don’t have or use proper language to deal with the problem.

So much of the discord and our inability to deal with the problem is the vague, tainted language we use to communicate it.  We hide evil under euphemism. We minimize interference with poetics. We deify and demonize with word choices designed to reinforce our bias rather than explore our reality. We fling words into our cart like a manic Black Friday sale shopper instead of choosing them as carefully as a hippie at Whole Foods.  We talk about things there are no words to describe and in doing so perpetuate illusion. The most glaring example of our failure with language is the use of the terms Alt-Right and Alt-Left.

As a lesbian who has been slathered with the phrase “alternative lifestyle” most of my adult life, I have a natural tendency to wince at this terrible, aggrandizing word choice.  Alt-Right used by media and advocates, makes it easier to talk about a group defined by xenophobic, racist hate speech. Alt-Right is a way of saying “they are just like the right-wing conservatives – only – different. They are just a little more extreme.” Well, no.  Red/Blue, Left/Right, are words chosen to distinguish two sides of our political spectrum and they are woefully inadequate most of the time. However, there are two sides to a coin.  If you flip a coin and it falls on the ground, slips through a grime covered grate and rolls into the sewer – you don’t call it “alt-heads.”  In the same way, Antifa isn’t “just like the left, only different.” They are violent reactionary group claiming good indentations to justify property damage, violence and feeding their visceral need for thrills. Both terms need to be tossed in the sock drawer in favor of more accurate descriptions.

The more clearly we address the problem – even though such words as white privilege, systemic racism, and fictional heritage are uncomfortable – the better chance we have of navigating it.

Once I was at a spirituality conference and ended up eating lunch with two very different members of the Christian clergy.  One was Pentecostal pastor who was expounding on the idea that he never prepared for sermons.  He just read the scripture before getting in the pulpit and let the Holy Spirit speak with fire and power. He was adamant that preparing and writing a sermon squelched the Spirit’s ability to work.  The other was a Disciples of Christ minister known for her careful examination of the lectionary and well written homilies.  In response to her colleague she said, “When I sit down to write the first draft of my sermon, I find the Holy Spirit can indeed speak to me with fire and power. By the third draft, it’s sober.”

The problem is we want to quickly fix the problem.

We are a culture dedicated to the quick fix, the easy answer, the sudden inspiration without the work of examination – our sad devotion to “eye for an eye” illustrates that – even though Jewish and Christian scholars have been telling us for a century that’s not really what that text means, and it doesn’t fix anything at all.  There is no duct tape, no magic spell (“transformo hateesimo”), no fast reflex that is going to change the systemic and brutal racism infused in this country or our addiction to violence as a viable solution.  I’ve seen and agreed with a lot of people saying “Inaction is not an option.”  However, the truth is - we need considered actions, not just passionate reactions.

Groups of people descended on Charlottesville ready to “Stand for love” and make a courageous counter-protest to the white supremacists marching around Robert E. Lee.  At first look, counter protest sounds like a great idea and it has been talked about in the most poetic of terms. For every hate-spouting Nazi, we’ll have 3 love bombing activists. That’ll show them. What it did was create an oppositional force that brought a new level to the whole thing.  The problem? The counter-protesters weren’t acting, as much as they were reacting.  They have signs about hate. Let’s have signs with funny sayings about love. They march and yell atrocity. Let’s march and shout inclusion.  So, instead of a group representing oppression and a group countering with undeniable love  - what you had was two groups raising the volume. Action, meet reaction.

Make no mistake. I’m not suggesting it is wrong to stand up against racist, nazi rhetoric. What happened there is solely on the shoulders of the Neo-Nazi organizers, the man who drove his car into the crowd and the politicians who gain power from encouraging that base.  I am suggesting that the stand against it should be a considered independent action, not a “they-say/we-say” reaction.  What would have it looked like if, instead of standing across a police line shouting about love, there was a drive to register minority voters, a “rights fair” where people are taught what their legal and civil rights are and strategies to stand up for them, or a cultural fair at a local park sharing food and music of many places and taking up donations for the those who need food and care? It would have looked more like “standing for love” than just “screaming at hate.”  If you want to claim moral high ground and reverse hate - you need to do more than exactly what they are doing only with an ironic sign and a rainbow button. You need to be different, not just in words, but in method. They have bad ideas. We need to have good acts.

The Myth of Understanding

Western culture places a great deal of value on knowledge and understanding. So much so, more ancient cultures are often horrified by us.  Instead of honoring our dead with sacred space, chants, and a funeral pyre with honored family and friends as the spirit is sent onward, we strip them, cut them open and take out their organs so we can understand how they died. To us, information is essential, the ritual can wait. Our blind spot is our inability to admit that more often than not understanding something doesn’t make it go away.

The problem is we want to understand the problem.

I live in Richmond, Virginia, so I’ve heard, known, and loved people absolutely devoted to the Confederate Flag, Robert E. Lee, and the statues on Monument Avenue (even though my sweet Northern friends call that street “Losers Lane” and refer to the statues as “participation trophies”). In listening, what I hear is a beautiful, courageous, rich heritage of soldiers and ladies, mint julips, and good old rebels like Bo and Luke Duke just bein’ good ol’ boys.  These southern generals were patriots fighting for a way life. It’s the siren song of the old south. Like those generals, what folks today are fighting for when they erupt at public hearings and march around with the Confederate flag is nothing less than their “way of life.”  I get it. I absolutely understand where they are coming from.  None of my understanding will change the fact the way of life they are defending didn't exist and the past they glorify is imaginary.

Robert E. Lee was a calloused and calculating slave owner known for his cruelty as well as his valor. The idea that slaves were really just loved workers who were “like family” is a stone-cold lie and the laughable notion that the south didn’t fight the civil war to preserve slavery (“It was going out of style anyway, ruining the southern economy,” people say) is a perpetual falsehood. To say the Southern “way of life” is a cherished history without mentioning it was built and sustained on the backs of indentured black people is as ludicrous as saying Sally Hemings was Thomas Jefferson’s “mistress”  (Hemings  was his slave, repeatedly forced to have sex with Jefferson and bare six children who were also raised as slaves).  However, try to tell these folks they are fighting over an illusion, and you’ll learn really pretty darn fast that understanding something doesn’t always change it.

In the midst of the pain caused in this nation by racism, it would easy to retreat into sociological psychobabble about how a white supremacist became President, or read articles deconstructing white privilege and disaffected communities. It’s interesting to read theological blogs on the nature of evil and the exegetic origins of division.  Those things aren’t bad. But – they aren’t going to change the problem.  Sometimes, they purposely allow you to hide from the problem. Analysis paralysis.

Intentional invention on a personal level, then a relational level, then a national level is the only way to resolve the problem.  Do you use accurate language to reflect what is happening and be an avenue for change and hope?  If you’re white, are you able to communicate your understanding of privilege and develop a consciousness about changing the world around you?  Are your responses to racism actions or reactions?  Do they serve to shine a light on you or do they involve open doors for minority voices and collaboration? Are you as willing to sit and think as you are to stand and fight? Do you have a good balance between understanding and standing?

Best practice:  Start in the center – your heart – and work your way out so that when the challenge comes you are able to stand side-by-side with others. Whatever you do, try as hard as you can – not to be part of the problem. 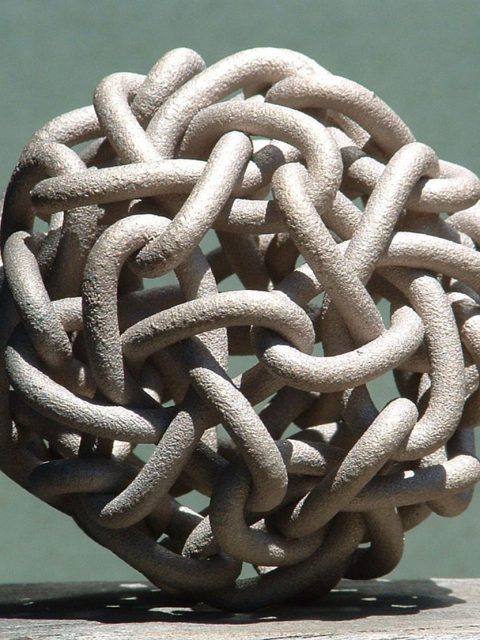 Everything We Do Matters

It's not About Southern Heritage

Stamped from the Beginning

"Racism springs from the lie that certain human beings are less than fully human. It's a self-centred falsehood that corrupts our minds into believing we are right to treat others as we would not want to be treated."