The Street Where Truth Lives

When you see an announcement for a class from a Buddhist teacher with a fee (no matter how large or small) there are always three people you can count on to fill the comment section.

There was a time, ancient of days, when that was the conventional wisdom and practice. However, in Eastern culture during that era teachers and the community had a well understood symbiotic relationship.  The community gave the teachers food, coin, land, and support. The teachers gave the community dharma, inspiration, and connection.  Whether it was a monk with a begging bowl accepting offerings, or a community supporting monasteries – it worked.  Western culture (particularly in the post-modern interwebs era) does not have that genetic encoding. For all of its worship of progress, the west has never been very good about financial support for teachers (secular or spiritual).  We toss them an apple on “teacher appreciation day” and give them just enough money for rent, food, and occasional movie night. So Buddhist teachers, like all the rest, have make a living, pay the webhost, dress themselves, and eat some veggies if they are going to teach.  That’s the way of it.

Personally, I’m not as concerned about dharma for dollars as I am that the dharma presented is grounded in felt sense, authenticity, and truth.  The money will take care of itself. If I can’t afford the $250 class ($225 early bird discount) I’m confident the wisdom in it will find me by another way.  Money, time, distance can all keep us from specific experiences, but they can’t keep us from dharma. That will never change.

The Search for Truth

The key is to intentionally walk down the street where truth lives. Dharma doesn’t necessarily mean “truth” – it means teachings, wisdom, an established path, new life inhaling timeless air to exhale timely thoughts.  At the core – when you boil it down, the foundational element is truth. Not “true” in a fiction-vs-non-fiction kind of way, or “true” in a canonized, “written on a scroll older than King Tut” kind of way. Truth – in an “everything in my being feels this to be real” kind of way.

Last week – for free – I was reading a blog post when a piece of truth so sharp and vibrant rocketed down and struck me in the heart like an ancient warrior’s flaming arrow. Unlike the story of the Buddha, however, it didn’t turn into a lotus flower and fall beautifully at my feet. It pierced me to the core. I’m probably not going to be the same again. Well, hopefully not.

In an article about two recent tragedies involving renown/beloved teachers in the larger Buddhist community, Susan Piver was teaching about the Teacher-Student relationship – its traditional roots and its place in modern times. See awesome article here.  Stressing the vulnerability and responsibility of both teachers and students (assuming both are capable adults) she gave the following advice.

“My advice is don’t scare easily, but do scare appropriately.”

It wasn’t the point of the post. It wasn’t the big take-away. It wasn’t even the topic sentence of the paragraph. It was just splayed out there with all the other words waiting for someone like me to come along just so it could cut them in two. That’s the thing no one tells you about truth. You are free to wander the streets looking for it, but make no mistake – it’s been lying in wait for you.

You see, I’m an extremely happy, grateful person with a good life – but when it comes to fear, I’m wired wrong. A chaotic, sometimes painful, childhood and rough transition into safe spaces left me with a backwards sense of fear.  On one hand, I fear relatively benign things:

I skip events. I push off invitations. I make Cathy get the tools out of the shed.  None of these fears create overwhelming hardship or loss in my life, but they are there.

On the other hand – I have failed to be afraid of really important things.

I ignore medical symptoms (or try to cure myself), warning labels, expiration dates, and car warning lights. I’ve spend most of my life happily engaging in a “what can happen?” mindset then later listening to a doctor, therapist, or mechanic explain the “30 ways I could have died.”  Fortunately, in the yin yang of life, my wife has a very appropriate sense of fear and the skill to know when it’s time to see a doctor.  She prevents me from too much collective damage these days.

Learn To Listen, Look to Learn

Each year I pick one topic to study deeply. Two years ago I studied what it means to live with an open heart. I began to share more of myself, my story, my joy with other people and listen to their stories as well.  This year I’ve been studying the “ Six Perfections” (Generosity, Discipline, Patience, Effort, Meditative concentration, Wisdom).  Yet – in all my studies – all my learning – intentional and accidental – I have never known what to do with my messed up sense of fear.

I’ve written Susan’s advice on a post-it so I can contemplate it and let it open my heart-mind. I’ll let you know what happens.  How did I obtain this treasure I didn’t realize existed until I saw it shining like a new penny on a very crowded sidewalk?

Truth really is all around us. Even, and most especially, the street 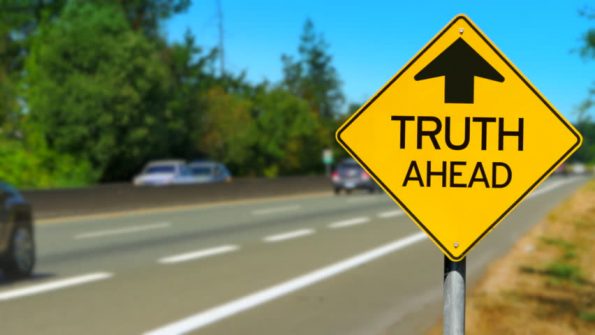 There are a number of sources about dharma:

Fear: Essential Wisdom for Getting Through the Storm