“You lost, get over it.”  I’ve heard that. I’ve seen it on Republican friends’ facebook walls and in right leaning media since November 2016. It crops up every time there is a protest, a challenge, or a searing question about helter skelter way this country is being governed. I’ve been called the other stuff too - “Libtard”…“Snowflake”…Dummocrat (which is weird because I’m not a Democrat). The only phrase that has ever really bothered me is, “You lost, get over it.” Because they are right. I have lost something.

Agree or disagree, I was raised to hold certain positions with unquestioned respect:

My parents were not very political people, but they were both raised in the south and carried a sense of “southern values” when it came to patriotism and the office of the President.  I grew up in a home where I was not allowed to make jokes about the President (even when it was Ford), talk badly about the President, or suggest any harm or challenge to the President.  One night, when I was in high school, I came home late from a debate tournament and saw my mother watching Saturday Night Live do a pretty good send up of Ronald Reagan. She was cackling like an old hen.  She turned to me, pointed at the TV, and said, “This is very bad. They shouldn’t do this.”  Then, she went right on giggling.   Parents of teens - if they didn’t send mixed messages, they’d have no message at all.

The idea my parents taught me was that the Presidency was more than a person, more than an office, more than a title.  It was a promise. It was the promise America made to her citizens - to defend our constitution, protect our liberties, and represent us well.  It was the promise America made to the rest of the world - to exemplify democracy, to participate globally with responsibility and honor, and stand for human rights throughout the world.  It is a promise I believed. It is a promise I imagined eternal.  It is, without doubt, a promise broken.

Now the same age as my parents were when they lectured me about respect for the President while Nixon signed the Anti-Ballistic Missle Treaty (potentially putting my father, a man who worked on ABM’s for a living, out of a job), I have said more damning, angry, and ugly things about the current office holder than I have any other person on earth.  I can’t even say I’m ashamed of my behavior - because I’m not.

What I am is afraid.

What I am is angry.

What I am is embarrassed for my country to be represented so poorly.

What I am is tired of seeing one lie after another get explained away or laughed off.

What I am is sad, so very sad, that the constitution three generations of my family fought to defend, is nothing but an afterthought (at best) and a snot-rag (at worst) to the person whose office it establishes.

I am feeling the impermanence of the ground I stand on. My Buddhist teachers remind me that encountering and reckoning with impermanence is a good thing. It is the path to enlightenment, and it teaches us to cherish each moment. The part they don’t always tell you? It hurts like hell.

It’s not the loss of my respect for the Presidency that hurts. It’s the loss of a piece of my being that keeps me up at night (Well, technically I’m always up at night, but this is what I’m thinking about these days instead of Batman or Emma Thompson).  Being an American, even one who recognizes the failures of justice and inclusion in this nation, is part of being me. It’s something that I always counted on as part of my life. It’s something I held with affection, and gratitude.

When Cathy and I were married in Canada in 2005, we spoke openly that we were just doing it to solidify some rights until the US caught up with justice. In 2014, we got married in the US, because this is our country.  Now, it’s not just a fact my marriage may be revoked by this egocentric christo-facist nightmare, but a fact the country and what it has always offered - (freedom of speech, press, petition, religion, assembly) has been sold to a higher bidder for something as fleeting as a “win.”

It’s one thing to realize the tomato plant in the kitchen is impermanent and will someday die (especially if you forget to water it more than once). It’ s another to realize the moral, ideological foundation of your home is impermanent too.  I’m not enjoying this lesson. In fact, it probably fuels more of my real anger and sadness than any lie the White House tells or back-office deal congress makes. Those are the symptoms. Constitutional Decay is the disease. I am sick with it.

“I see skies of blue and clouds of white

And I think to myself…

what a wonderful world”

What do I do with these feelings, this fear, this disgust?  I am taught that the best way to deal with something impermanent is not to cling to it, but release it - to love every minute you can of it, and find every ounce of gratitude inside you for it - and let it go when and where it will.

I enjoy the freedoms I still have (I’ve been using that free speech one a lot these days), and I support the press, the communities, the path to justice as much as I can.  I am thankful for leaders who speak truth to power, and journalists and scholars working to preserve the history and intent of the constitution to give as much of its goodness to the next generation as possible.

I am slowly letting go of the hurt, but holding on to as much of me (and my eternal optimism) as I can.

I cannot stop violence.
I will not be violent.

I cannot stop racism.
I will not knowingly engage in racism, and when I do through error or blind spot - I will be open to correction and education about it.  I will listen. I will learn.

I cannot respect the person who is currently President.
I cannot trust what he says.
I cannot hope he will get any better.

I will respect the person I am.
I will trust myself to do the best I can with what I have.
I will hope for the bright blessed day.
I will learn from this dark sacred night.

And, I say to myself, “what a wonderful world.” 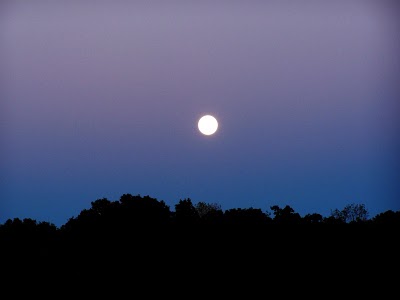 What a Wonderful World

Anybody can become angry - that is easy, but to be angry with the right person and to the right degree and at the right time and for the right purpose, and in the right way - that is not within everybody's power and is not easy.